In late 2017 our architect colleagues at Lifschutz Davidson Sandilands (LDS) contacted us about a submission they were making for Transport for London’s Framework tender, the tender included the following question: ‘Please set out your ideas for a new bridge in east London to improve connectivity and strengthen local economies.’ LDS wanted to put forward a bridge over the Thames in east London where there is a widely acknowledged shortage of crossings, especially for pedestrians and cyclists. 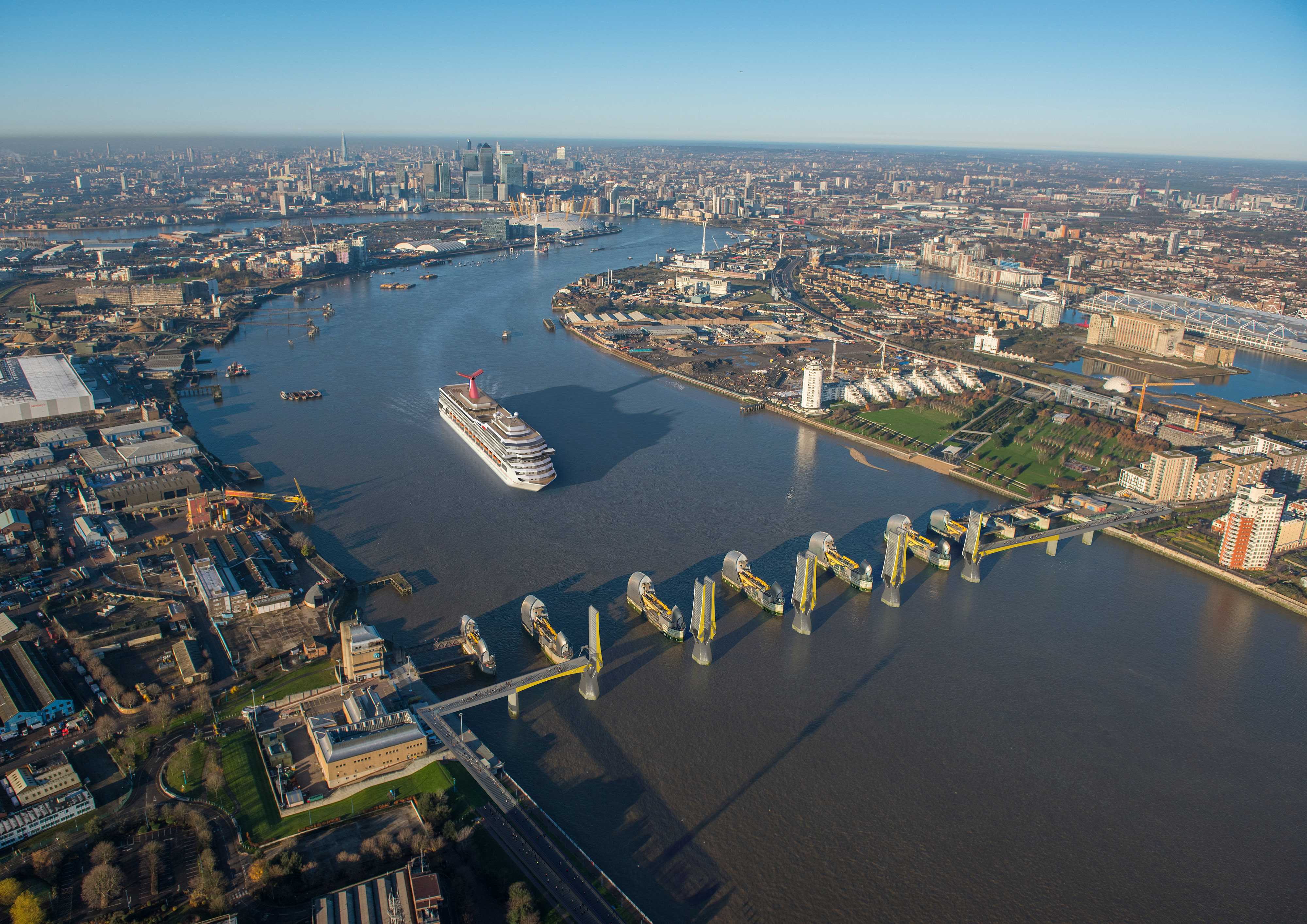 There followed a discussion about what could, and could not be practically delivered. There have been a number of high level bridges proposed for east London at Gallions Reach and Belvedere, amongst other locations, but delivering them has proved problematic. Furthermore high level bridges tend to be unsuitable for pedestrians and cyclists. Low level bridges do suit pedestrians and cyclists but they need to open to permit the passage of large ships; the recent experience of the proposed Rotherhithe bridge has demonstrated that this also is problematic. To meet the Port of London Authority’s navigational requirements Rotherhithe bridge is required to have a 180m opening span which will make it one of the largest lifting bridges in the world. The estimated cost of over £450m reflects the size of the engineering challenge.

Such a long opening span, or possibly even longer, would be required for a bridge in any other location further east with one, and only one, exception. The only location where a relatively modest opening span of circa 60m would be acceptable is immediately adjacent to the Thames Barrier. A bridge in this location would serve the function of linking Charlton Riverside with Silvertown, both are areas where very large redevelopments are planned or are already under construction.

With the location for our bridge proposal determined we then needed to develop a design for the bridge. Key issues are the security of the Thames Barrier, reliable and fast operation of the bridge, robustness and resistance to vessel impact and, finally, an aesthetic appearance suitable to serve as the entrance to London. We decided that twin bascule opening spans would meet these requirements and LDS worked up the concept producing a striking design for the piers and deck spans. 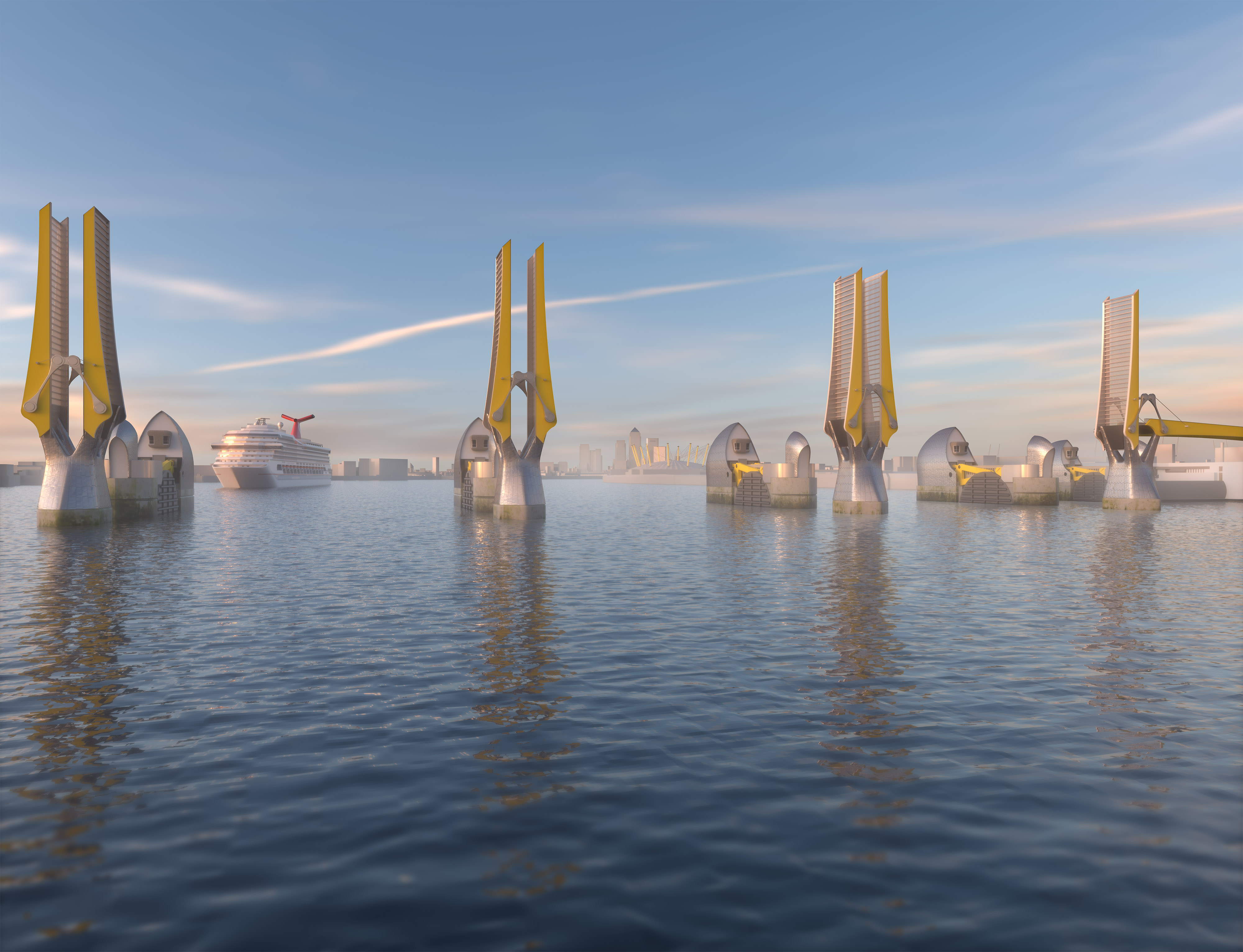 We were left with one concern; as we worked up the proposal it seemed such an obvious solution that we felt someone must have thought of it before. We therefore did a rigorous literature search and found that, while many bridge and tunnel crossings of the Thames have been proposed, there has been no prior published proposal for a bridge at the Thames Barrier.

Having formed part of LDS tender submission the scheme then gathered dust for a while until we mentioned it to transport planner colleagues at Steer. They liked the concept and carried out some preliminary studies which showed that there was potentially a strong transport case for the bridge. Further discussions with bridge M&E specialists Eadon Consulting helped refine the ideas for the bridge’s operating mechanism. The final member to join the team was Iceni who carried out some key stakeholder engagement work to establish that there was in principle support for the bridge locally.

Encouraged by these responses LDS submitted the scheme to the Royal Academy Summer Exhibition where the theme for this year’s architecture room is ‘sustainable development’. We are delighted that Thames Barrier Bridge was accepted. The RA Summer Exhibition runs from 10 June to 12 August. If you cannot make it to the exhibition then for further information on the project visit www.thamesbarrierbridge.com